One of Penang’s unique features are the Clan Jetties.  The Clan Jetties are villages built on stilts over the water by Chinese immigrants over a century ago.  I have found some sources that say there are 8 and some that say 7.  I know one was fairly recently destroyed by fire. There used to be many more, but their numbers have dwindled over the years due to development and economic changes on the island.

Each Jetty is named for one clan and that clan is the only one that lives in that jetty.  So everyone will have the same last name.  They were originally developed because of the fierce competition of the fishing and shipping trade in Penang.  Gradually these jetties turned into residences with running water and electricity being brought in the late 1950’s with the help of the George Town city government.

Of the Jetties that are still present on the island the Chew Clan jetty is the most tourist friendly.  They welcome visitors to come and look around and many open their homes to sell souvenirs and food. We went to have a look during Chinese New Year.

This is the main walkway.  On each side are row homes.   Many have turned the front rooms of their houses into shops that sell anything from magnets to ice cream. 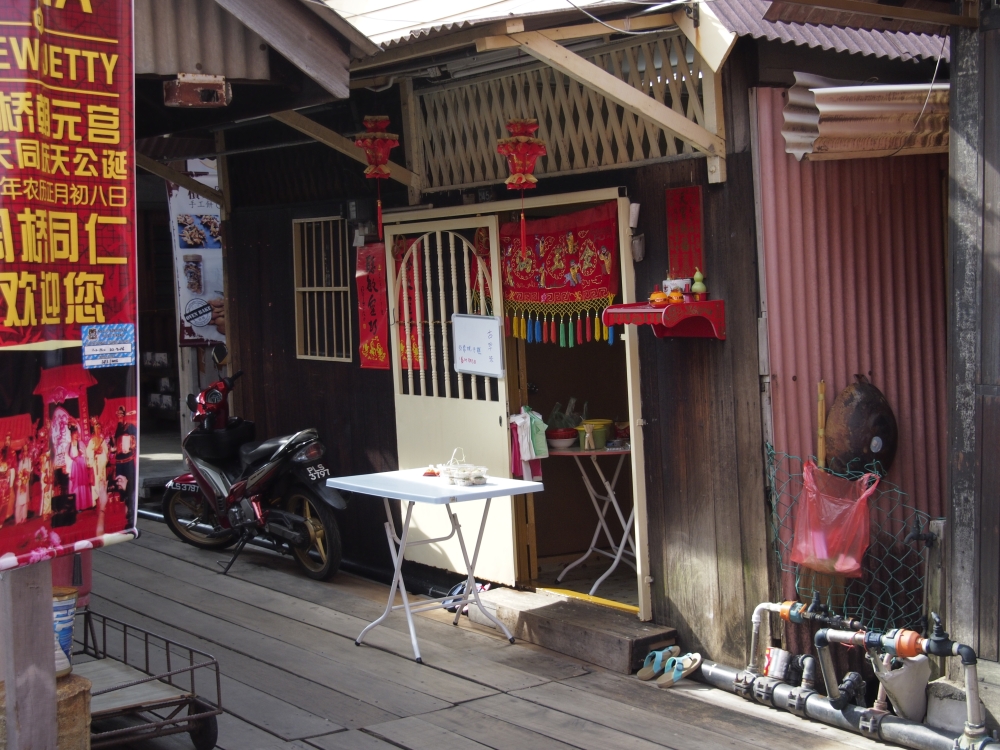 While this is a major tourist destination in Penang, it is still a community in which people work and live.  There were many deliveries and people coming and going from their houses on motor bikes.  Something you just have to get used to living here is getting out of the way of motor bikes. 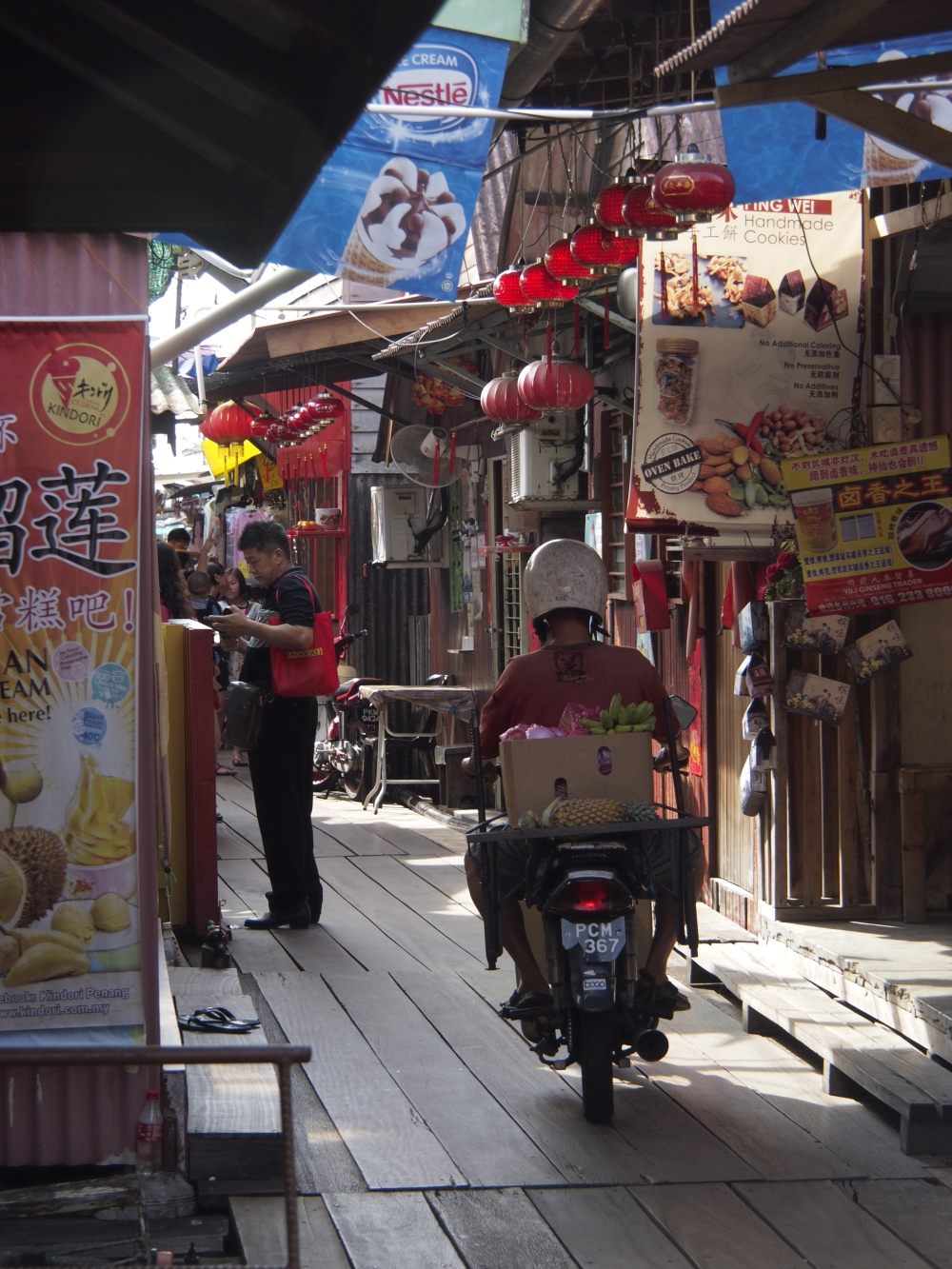 If you want a real Jetty experience you can rent one of them for a night or two.  The website for this is here.    http://www.mychewjetty.com

Take a look it has some interesting history on the jetties as well as some clips from Anthony Bourdain’s show about Penang.

Penang has an incredibly busy port.  At the end of the jetty you can see all of the ships that pass in and out of the port.

The shoreline on our part of the island is very protected from the open sea.  The water is very calm here, and the tide goes out very far.  This results in some rather ugly mud flats during low tide.  It is one of the reasons there is no swimming off the beach here or in the area in front of our condo.

Below is a picture of both the mud flats and of another’s clan jetty.  That jetty is not as open to tourists as the Chew Jetty is. Theoretically they are all open to the public, but I would personally hesitate to go just walk around one that isn’t known to welcome tourists.  It just feels like an invasion of privacy to me.  After all these are people’s homes.

Fishing is still a big part of the economy of these communities.

This is the mural that greets you when you arrive at the Jetty.  I love it! 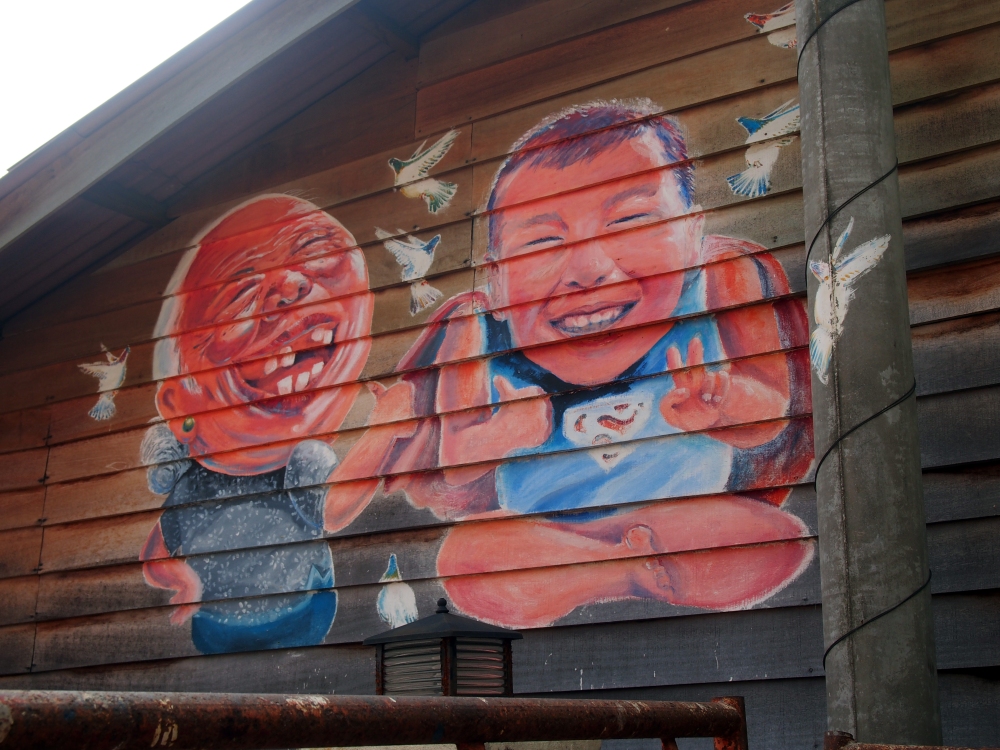 Each Jetty has it’s own temple.  The Chew’s Temple has a really neat, old tree out in front of theirs.

We were there during Chinese New Year so there were of course many lanterns hung up.

The day we went was during Chinese New Year so it was very busy and very crowded.  I am eager to go back sometime when it is not so busy.